Lahu hill tribe Thailand – The Lahu people are found in the mountains of China, Myanmar, Laos, and northern Thailand. There are approximately 100,000 Lahu now living in Thailand. The four sub-tribes of Lahu are Lahu Na, Lahu Sheh Leh, Lahu Shi and Lahu Nyi and they all produce a diversity of designs. Lahu women are skilled in weaving cloth both on back strap and foot treadle looms. Lahu weaving is unique in that the pattern appears on only one side of the cloth. Lahu women also produce delicate and colourful patchwork trims. Lahu men make baskets, crossbows and musical instruments. 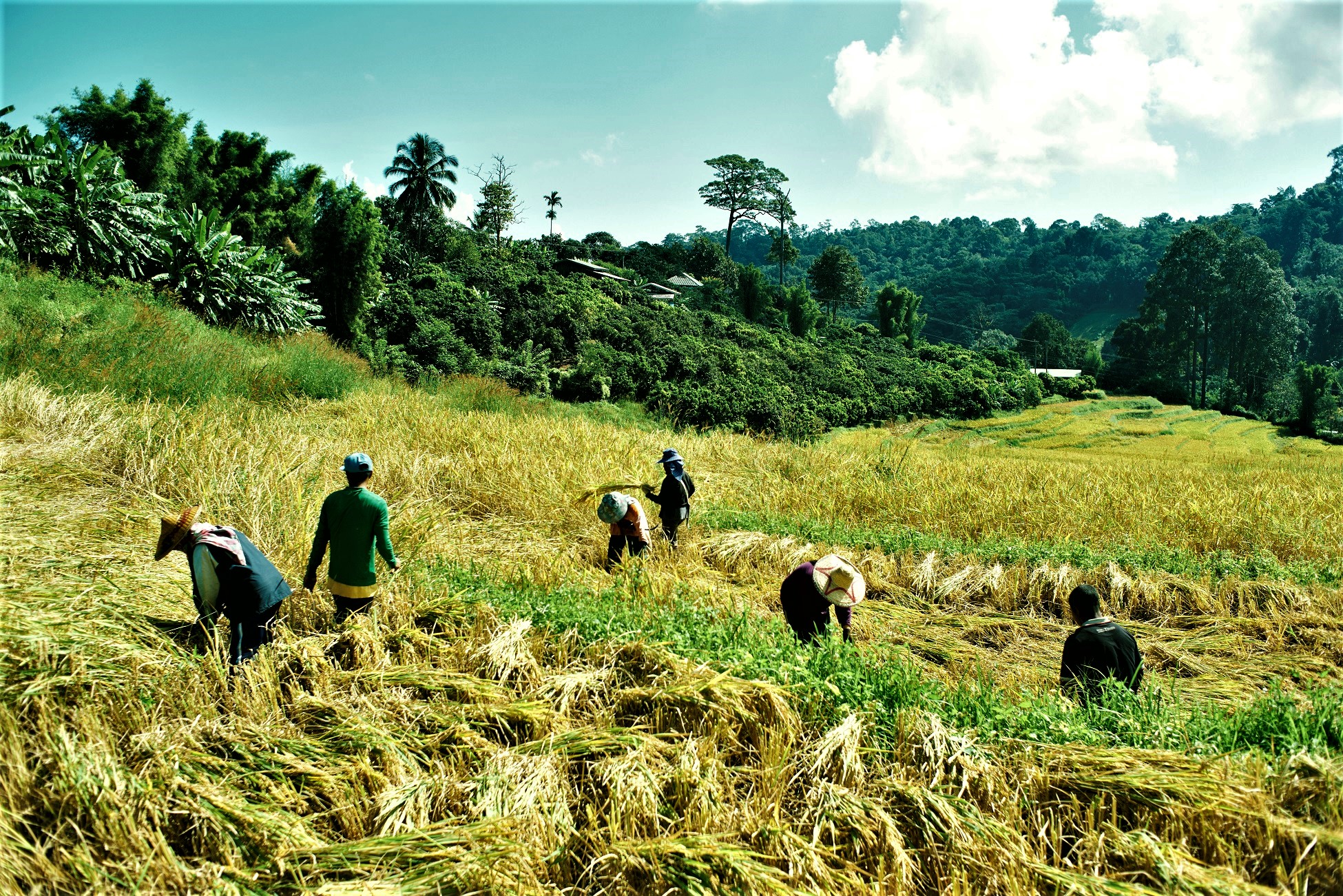